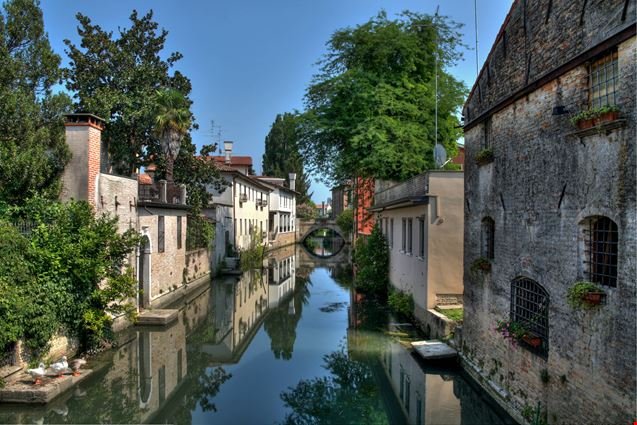 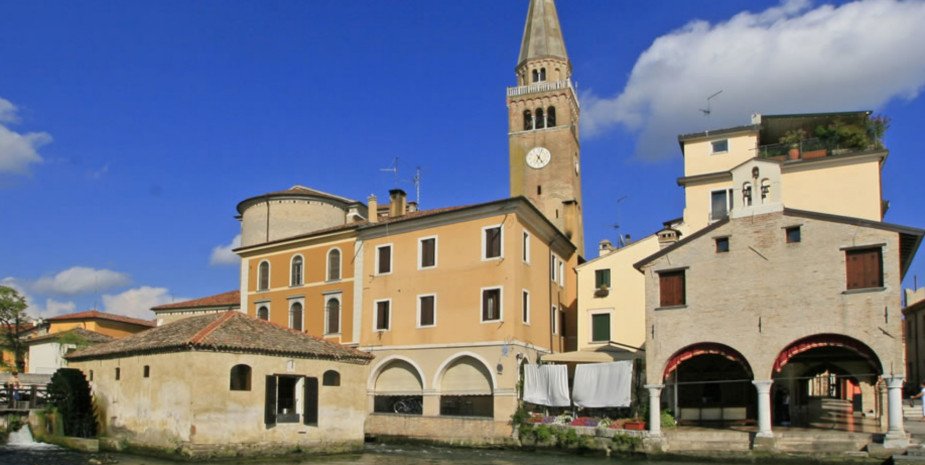 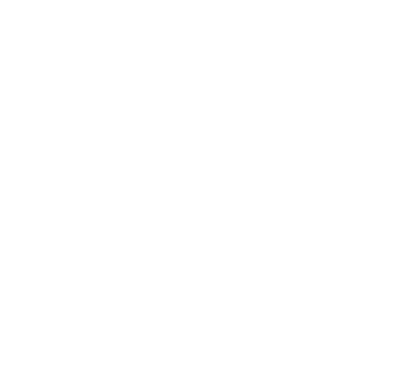 A few kilometres away from Bibione lies Portogruaro, known as the “town of the arcades“. Born as a river port in the 12th century, it is crossed by the Lemene River, where ancient palaces in Venetian Gothic style overlook the river banks. Walking under its charming arcades you can reach the core of the small town, Piazza della Repubblica, dominated by the Palazzo Municipale, the Town Hall, in Gothic style and characterised by Ghibelline battlements, whose main building dates back to the 14th century. It houses frescos of the 16th century and paintings of the futurist painter Luigi Russolo, born in Portogruaro. The square is embellished with another symbol of the town, the “Pozzo con le Gru“, the Well with the cranes, carved by Antonio Pilacorte in 1494. Behind the Town Hall a wonderful view opens on the bank of the Lemene River with the ancient Mills of the end of the 12th century, now used as an art gallery. The leaning Bell Tower with its Romanesque framework and the Dome of St. Andrew, the patron saint of the town, celebrated on November30th, complete this beautiful architectonic setting: inside you can admire the valuable reproduction of the “Incredulità di San Tommaso” (Incredulity of St. Thomas) whose original can be seen at the National Gallery in London.

Visiting it will be a pleasant surprise.

Walking down on “Corso dei Martiri” you can admire a spectacular string of 15th century mansions in Venetian gothic style. Opposite the gate “Porta di San Gottardo“, at the end of this main street, you can reach the right bank of the Lemene river and, after a short walk you’ll face the imposing “Villa Comunale” Town Hall, dating back to the 16th century, which is also the seat of the public library and of the Paleontological Museum “M. Gortani” , and has a wonderful, park. A few steps away lies the “Museo Nazionale Concordiese“, where you can admire archeological finds of the Roman era coming mainly from the neighbouring Concordia. After the long, neoclassical arcade of the school “Collegio Marconi”, preceded by the Romanic “San Luigi” Church, the wide and austere Cavour street with its double line of arcades and the imposing Gothic Renaissance palaces. Leaving the town centre through “Porta Sant’Agnese“, seat of the Town Museum, you can reach the 14th century church having the same name. Portogruaro is also synonym for taverns where it is possible to taste wines and typical local products, for elegant shops, for a colourful market taking place on Thursdays morning.

Book your stay
We use cookies to ensure that we give you the best experience on our website. If you continue to use this site we will assume that you are happy with it.
Cookie SettingsOkay
Manage consent

This website uses cookies to improve your experience while you navigate through the website. Out of these, the cookies that are categorized as necessary are stored on your browser as they are essential for the working of basic functionalities of the website. We also use third-party cookies that help us analyze and understand how you use this website. These cookies will be stored in your browser only with your consent. You also have the option to opt-out of these cookies. But opting out of some of these cookies may affect your browsing experience.
Necessary Always Enabled
Necessary cookies are absolutely essential for the website to function properly. These cookies ensure basic functionalities and security features of the website, anonymously.
Functional
Functional cookies help to perform certain functionalities like sharing the content of the website on social media platforms, collect feedbacks, and other third-party features.
Performance
Performance cookies are used to understand and analyze the key performance indexes of the website which helps in delivering a better user experience for the visitors.
Analytics
Analytical cookies are used to understand how visitors interact with the website. These cookies help provide information on metrics the number of visitors, bounce rate, traffic source, etc.
Advertisement
Advertisement cookies are used to provide visitors with relevant ads and marketing campaigns. These cookies track visitors across websites and collect information to provide customized ads.
Others
Other uncategorized cookies are those that are being analyzed and have not been classified into a category as yet.
SAVE & ACCEPT